Grace Dawes is enjoying a boring, anonymous life in the aftermath of a tumultuous childhood until a call from her estranged parents takes her back to her hometown. When the visit gets derailed by a menacing intruder in her parents’ home and Grace’s life is put on the line, she comes face to face with a man she believed existed only in her dreams. Lathan Black has spent fifteen years trying to get over the only woman his heart has ever truly desired. The ambitious young shifter rules himself, his wolf, and his pack with total control. But when Grace crashes unexpectedly back into town and falls into mortal danger, he and his family are the only ones she can turn to for help.

Plunged into a universe of magic, Grace must choose whether or not to abandon her carefully structured life to fulfill an extraordinary destiny she has never been prepared for. Lathan must grapple with the rigid composure holding him back from becoming the wolf he is meant to be.

Can they give up control long enough to explore the promise of love?

Avery is one tough wolf. Working and living on the outside of the law might be more fun, but it comes with dangerous side effects. When she gets backed into a corner and takes a risky shortcut to escape, she ends up gravely injured—and in the care of the last wolf she could ever want to see. Now she is stuck depending on him for her health and protection, while the revolution she leads is moving forward without her.

Diesel left behind his career as a law enforcement agent with UNITY to pursue a quiet life as the second-in-command of his family’s pack. Or, at least, that’s what he’s been telling himself since he retired. When Avery falls into his life, she brings with her memories of the job he left behind and the losses he has suffered. The only thing he wants is to get her out of his hair as quickly as possible. That might be easier if his pack leader wasn’t hell-bent on making him Avery’s private guard dog.

A journey into Avery’s seedy world shows Diesel his beloved rules and regulations might not be as perfect as he thinks. When the UNITY universe is rocked by an underground movement to overthrow the government, Avery and Diesel find themselves working side by side to protect the life they know. Only problem? They’re not defending the same ideals.

In the midst of the turmoil, an unexpected passion sparks between them. Can their newfound feelings survive the biggest threat their universe has encountered? 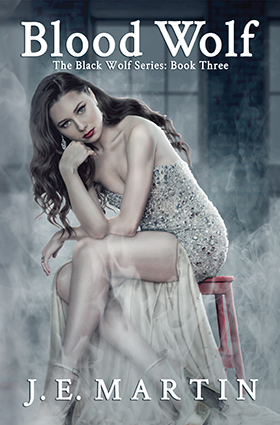 All Emmeline Lawrence wants in life is perfection. The perfect home, the perfect car, the perfect career—everything would be flawless if she could just get one cantankerous shifter out of her mind. As her thirtieth birthday approaches, Em forms a plan to move past Thorne for good: find the perfect man—or any man—as long as he isn’t a wolf. Fate provides, but when Em gets exactly what she wants, will it be what she needs?

Thorne Black is fighting a losing battle. His feelings for Em are growing, his newfound abilities are overwhelming—and he’s keeping them both a secret from his pack. Now he’s on guard duty, suffering as Em dates her way through the eligible bachelors in Fairview. Thorne knows his chance is slipping away with each new suitor she brings home. Can he swallow his pride to win Em’s heart?

A single night in Em’s apartment rocks their fragile friendship and sets them up for something more until a handsome stranger waltzes in and sweeps Em off her feet. He’s got all the appearance of perfection, but the new guy might not really be what he seems. With the world around them crumbling, will Thorne and Em find a way to connect or will their differences tear them apart for good?